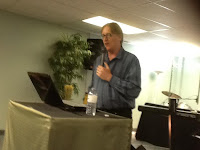 This past week I was in London, Ontario. I had a chance to minister at Life International Church with my friend Dan Roberts, as well as a attend a conference at Impact Church. My family heritage on my father's side is Canadian, so I feel some sort of connection when I am there.

For me it was another short-term mission trip. An amazing one.

I suppose that everyone has a definition of what a mission is. For me, it when you go somewhere to love others with your gifts and the primary focus is ministry. The work of the Kingdom takes on many forms as there are varying types of God-given natural and supernatural gifts.

This trip was the result of meeting a Canadian in California last fall. Dan came to visit us here in Boston in February (more on that HERE). We have a number of things in common, but who knows if we'd be friends without Christ? I am glad that God puts me with the people that he wants me to work with. In the course of 30+ years, there have only be enough to count on one hand.

I took a flight after work last Wednesday and I arrived at Dan's house about 1 in the morning; that's way past my bed time! Thursday after breakfast we started to meet people. A pastor, a businessman, a pool supply store manager, and some others. Although I consider myself an apostolic builder - a big picture person, my role is often reduced to ministering in the prophetic to point out roles and giftings in peoples lives. It's sort of like identifying the materials of the building before beginning the process.

People respond to prophetic ministry very differently. Those that are familiar with it, like one of the pastors I met, find it a little mundane unless what you speak is something they haven't heard before. A Christian businessman found the time eye opening. Of course the discussion naturally flows into "what's next for me in business." Those that don't know anything about Jesus, or this charismatic side of Christianity have varying responses.

One of the guys was sort of funny. I got the feeling that he thought religion was sort of stupid. I suppose that is why the Lord told him that. Then he told him a few other views and agreed with him. Wow, even God agreed with this unbeliever. That was followed by God telling him how he wanted to pursue him. That was fine, but he asked: "Tell me abut the money!"

I confessed that God was moving to take care of him financially, but not immediately.

All that might not seem like a big deal, but then I asked him to tell me about the motorcycle he was thinking about. "Oh yes, I looked at a Harley a few days ago." *Insert light-bulb moment* Seed planted.

There were lots of moments like this. I had a chance to give a Muslim nonbeliever a hug. I assure this was a big deal.

One of my favorites was the friend of a young girl at LIC. I called on her towards the end.of the Sunday service. It's hard to talk people into the Kingdom. She had already heard me preach as well as prophesy over a dozen others. "God what do you want her to know?" I asked Him.

I asked her if I could hold her hand and as I did I asked her to close her eyes.  You could see the peace of God come over her. The rest was quickly done by the power of the Holy Spirit.
Posted by David-FireAndGrace at 2:55 PM No comments: