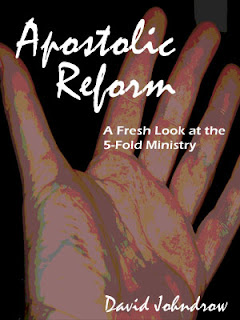 I have written many times about issues in the church, but today I want to offer some solutions for free! You may download a copy of my book.

How good/pertinent is my book? Well, I'd love for you to have a copy and give me some feed back. But before you do, here is what my friend Mark had to say.

David is part of a emerging generation of Equippers. Apostolic Reform takes a look at the 5-fold ministry with fresh eyes. The book opens the conversation about the importance for New Testament churches and leadership models. This book is a good introduction to the reformation happening in the Ecclesia at this hour. The focus of the book is the Body being equipped and coming forth to fulfill her destiny.


I recommend that all believers read this book at allow it to challenge you toward a fuller understanding of Apostolic Reformation and Kingdom living.


They say a picture paints a thousand words; likewise, without using many words, this
work by David details the 5-Fold ministry gifts of the church, and lays a foundation for a
much needed discussion concerning Apostolic reform. Projecting a vision which honors
the gifts God has placed in others, and activating them in the framework of a relational
team, reinforces the supernatural origins of the 5-Fold.

History reveals that "small unknowns" have both challenged and defeated giants. While this mini-book may look small, it contains revelation of a topic which can topple non-relational, institutionalized religion, which has held relational power infused Christianity captive for centuries. As my dad, who being small in stature says, "I may look small in size, but I am a big man inside", likewise this book contains greatness.


My hope is that church leadership will catch the heart of this work, embrace its contents, and begin a much needed discussion towards change.

My Destiny, and the Passing of Steve Jobs 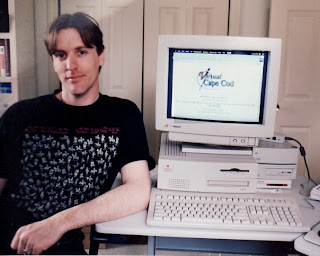 I had a friend that wept when Ansal Adams, the famous landscape photographer, passed away. Some famous people that I have identified with in life have passed on during my life time: Keith Moon of the Who, Stevie Ray Vaughn of Double Trouble, Tommy Bolin of the James Gang and now Steve Jobs.of Apple.

I never met Keith, or Tommy Bolin, but I did meet SRV in New York in the 80s. I also met Steve Jobs in Boston in the early 90s. He was talking about the Internet, and his user-friendly Linux operating system NEXTStep. He had been banished from Apple and was not far from his alliance with Pixar (Toy Story etc.) NEXT was perfect, yet like so manything Steve Jobs, too far advanced for the average person.

Steve was just plain intense. Check out the movie Pirates of Silicon Valley.

Why am I emotional about the death of Steve Jobs? Well, 4 reasons.

-1 I think he was a genius because of his innovation. One does not need an IQ of a bajillion to be innovative. Certainly we owe every cool advancement in computers from the mouse, to the iPad to Apple. Microsoft and Google pale in comparison to innovation. I'm just sayin'

-2 The most amazing ad during a Superbowl.

-3 God used Steve's invention, the Macintosh to change my life, my career, and give me a testimony. It was even prophesied. HERE is the story of me, God and a Macintosh (pictured upper right).

-4 Eternity: I am not a universalist, and I don't think I will be seeing Steve in heaven. That makes me sad. Life is but a vapor, be eternity is a long, long time.

I would like to add that cancer sucks, and just maybe, Steve had an epiphany.

Posted by David-FireAndGrace at 10:02 AM No comments: 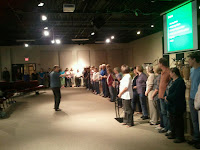 I just finished teaching a Prophetic School at my church in which there were 60-75 students. It was exciting to see people that have never met one another, deliver a message with amazing accuracy; some of them for the first time in their lives.

I want to share a couple of other things which were pretty cool.

My friend, Mark Sanchez came down to the school along with my brother Lee and they were wonderful - edifying, and a real blessing.  They are a great prophetic team. I am looking forward to ministering with them again in the future.

Another of my life events started when I felt I was supposed to go to a conference with my pastor. A year later I received a phone call from a guy that I have never met face-to-face, but we have talked to on the phone. His name is Bill Miracle. He called me about a month or so ago, and said: "One of us is going to California." We talked for a little bit and I received the word.

A few weeks later, I was asked by my pastor to attend a conference in California. I committed to go without having the funds to get there. My friends had been  praying for a plane ticket. Not long after I received a word from a woman that I also have not met face-to-face; she lives in Vancouver. Here is her Facebook message to me on September 22:

"David, I was praying for you this afternoon, and I felt God say that the money for your ticket was going to come from your church, an honorarium, for teaching the course, perhaps?

I could have heard wrong (it's happened lots before), but I'm practicing hearing God and I have faith for you. Let me know how God provides."

At the end of the school, my pastor decided to do an offering. It was unusual because I attend the church and do classes for them all the time. In all the classes I have done we have never had an offering - well until this one. It was enough to fund my trip and also my wife as well.

I'll let you know how things go in California!
Posted by David-FireAndGrace at 7:00 AM 5 comments: