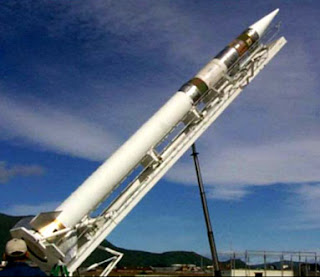 Division and disagreement in the church is nothing new, but it sure ain't God's fault. For awhile it seemed like the most popular church planting model was a resentment and coffee pot! As I discussed in the blog "The Great Divide", there needs to be a way to reconcile the opposing views by inserting the will God over everything else. This is not an intellectual endeavor, but a spiritual one. However; division in the church is historical.

1 Corinthians 3:3 For you are yet carnal: for whereas there is among you envying, and strife, and divisions, are you not carnal, and walk as men?

There are more divisions in church then there are denominations! It's still not God's fault. The central problem lies with human nature-- but hey, aren't we supposed to control that with the Spirit?

In the US Army, AIT is an acronym for "advanced individual training"... but for the purpose of this blog, it means, "attitude, integrity and teaching." That is how we combat division. We can't all be right, and we can't all be in God's will. So, we need to find a way to get in His groove, and leave behind our good ideas and get with God's ideas.

The first thing we need to change is our attitude. There is no room for judgment of those of "lesser faith." There is no room for looking down on others because of their beliefs, or there social stature or position, or lack of it in the church. I like the saying, Jesus isn't judging anyone until they are dead, so why should you? Sure we need to be discerning, and if we have a track record for that, I say go for it. If not, shut up. ;o]

Part of changing our attitude is the problem of being easily offended. If you are like most people, you have probably been offended in one way or another either by someones comments or actions. Holding on to grudges because you were offended does not contribute to your happiness or mental health-- and it sure isn't God. We need to grow up, and realize that we are all human, and have flaws that will be offensive. We need to stop being over sensitive, and follow some of the wisdom of Proverbs and James in taming the tongue.

The second part of overcoming division is integrity. We need to take responsibility for our actions, admit when we missed God; when we were wrong, and ask others for forgiveness. Without this crucial element, we will never overcome division. Pride, arrogance and ego will take over and rob from us, and others, what God wants to do.

A big part of integrity is that our private lives match our public lives. A good test is this. If you can't say it, or show it to your spouse, or from the platform in church, it is probably off limits. Another facet of integrity is preferring and serving others. You will reap what you sow in terms of giving time, resources and relationship.

The problem for so many is the biblical model of conflict resolution is not followed. Here is the proper way to resolve conflicts with Christians.

-1 Go the them first! Matthew 5:24 leave your offering there before the altar and go; first be reconciled to your brother, and then come and present your offering."

-2 Bring someone with you - Matthew 18:15-20 15 "If your brother sins against you, go and show him his fault, just between the two of you. If he listens to you, you have won your brother over. 16 But if he will not listen, take one or two others along, so that `every matter may be established by the testimony of two or three witnesses.' 17 If he refuses to listen to them, tell it to the church; and if he refuses to listen even to the church, treat him as you would a pagan or a tax collector.

-3 And remember, be angry but do not sin. Understand the source of your anger to overcome it. IE: Separation, Disapproval, Rejection, Inadequacy/Failure, Deprivation, Betrayal, Humiliation, Exploitation/Manipulation or Injustice/Unfairness (From the Rage Within)

And the last element of combating division is teaching. I find that so many are poorly taught in some areas, and get the same food week after week. Well, even caviar eventually gets boring. And there is a long list of topics that divide the church, when, for those that really read and study the word of God, are pretty clear. They maybe outside of your experience, but God's ways are not your ways.

Here are some divisive topics, yet they should never be avoided:
- Leadership structure
- Woman in ministry
- Spiritual gifts - especially tongues
- Tithing
- The Eucharist
- The laying on of hands
- The color of the hymnals
- Worship volume

Babes in Christ will have an opinion about all these. But I think God has one opinion, and it may not agree with mine or yours, but for those that truly seek Him, they're likely to be closer to the truth, don't you think?

It seems we are so focused on the milk, that we can't get to the meat. Why is that? I mean someone is running the local church! It might be time to recheck attitude and integrity. If there is no fruit, it is pretty likely not God. Paul had a lot to say on growing up, getting taught, and who was supposed to do it.

11 And He Himself gave some to be apostles, some prophets, some evangelists, and some pastors and teachers, 12 for the equipping of the saints for the work of ministry, for the edifying of the body of Christ, 13 till we all come to the unity of the faith and of the knowledge of the Son of God, to a perfect man, to the measure of the stature of the fullness of Christ; 14 that we should no longer be children, tossed to and fro and carried about with every wind of doctrine, by the trickery of men, in the cunning craftiness of deceitful plotting, 15 but, speaking the truth in love, may grow up in all things into Him who is the head - Christ- 16 from whom the whole body, joined and knit together by what every joint supplies, according to the effective working by which every part does its share, causes growth of the body for the edifying of itself in love.

17 This I say, therefore, and testify in the Lord, that you should no longer walk as the rest of the Gentiles walk, in the futility of their mind, 18 having their understanding darkened, being alienated from the life of God, because of the ignorance that is in them, because of the blindness of their heart; 19 who, being past feeling, have given themselves over to lewdness, to work all uncleanness with greediness.

20 But you have not so learned Christ, 21 if indeed you have heard Him and have been taught by Him, as the truth is in Jesus: 22 that you put off, concerning your former conduct, the old man which grows corrupt according to the deceitful lusts, 23 and be renewed in the spirit of your mind, 24 and that you put on the new man which was created according to God, in true righteousness and holiness.

25 Therefore, putting away lying, "Let each one of you speak truth with his neighbor," for we are members of one another.
Posted by David-FireAndGrace at 9:51 AM

Whoa, David that is covering a lot of important things.
I find the part about integrity really telling it like it is; when you say our private lives should match our public lives and the litmus test for that. Hard hitting words, but needed ones. I need to keep them in mind.