Where is the Best Place to be Happy? 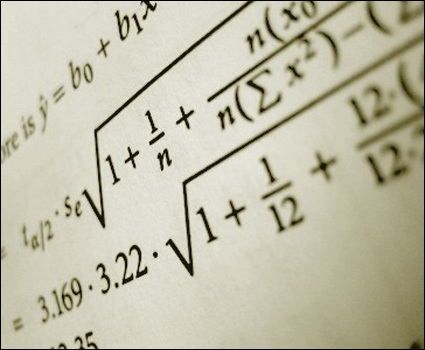 Each year a couple of researchers rate the US states from the highest happiness quotient to the lowest. Everyone is trying to connect the poll data from 1.3 million folks that simply rated their personal happiness on a scale of 1 to 10, to some sort of real data to substantiate the polling. The data is simply asking the question, what makes you happy? Here's my take.

I am a bit of a statistics geek, but please bear with me - in the end it will all make sense. I just need to give proper credit to the guys that did the work.

Andrew J. Oswald of the University of Warwick in England and Stephen Wu of Hamilton College in Clinton, N.Y., both economists, compared the happiness ranking with studies that rated states on a variety of criteria ranging from availability of public land to commuting time to local taxes.

This poll has been reported in dozens of online journals - just Google it. Here are your top 10 Happiest States.

In order for the poll to make any sense, there must be some common element to measure happiness against, don't you think? I don't know what commutes are like in Louisiana but I do know what they are like in the states ranked 43, 50 and 51. I live(d) there - they stink.

If we rank them on climates that are warm, sunny and friendly, how the heck does Maine come in number 10? Maine is certainly friendly and more laid back then the rest of New England, but it sure is cold up there. Sun, however; does look like a factor.

Perhaps it is based on the cost of living - that being the common denominator, how does Hawaii rank number 2?

Well, let's take a look at the bottom of the barrel. Here are the 10 unhappiest places to live in the US:

If unemployment is a part of the happiness issues, than MA, CT, NJ and NY are in better shape then the rest of the least, and should be higher then the Midwest manufacturing states, which are all in double digit unemployment.

If you think it has to do with crime - you'd be way off. According to WalletPop.com, most of the top 10 happiest states are also the most dangerous. Apparently happy people commit more violent crime.

As a Christian, I would think the states with the most churches would be on top. However; according to adherants.com, you and I would also be wrong.

So what is the common denominator? Politics! The happiest states are by and large Republican. And the unhappiest, Democratic.

Hey, I didn't make this stuff up.

James 1:2 Consider it pure joy, my brothers, whenever you face trials of many kinds.
Posted by David-FireAndGrace at 3:10 PM

Right now facing up to 6 inches of snow tomorrow and temps. in the teens,I would be most happier back in my home state of Florida. I think it would be a good idea to head down south for now till spring.

I was once told that if you are truly happy, you will be hapy wherever you are. After many years thinking about that, I find it to be very true.

I've lived in Tennessee most of my life and been happy at times.

I lived in #2 Hawaii for several years and was happy during some.

I lived in #46 California a brief while and don't remember being particularly happy at any time.

The one common thread I can find for me personally...I am happiest when I'm striving to be closer to God...regardless of where I live.

Close to God while in Hawaii does have a nice ring to it though. Aloha!

I am not enjoying the cold at all - nor the commuting. I like sun and ocean beaches.

But most difficult is connecting with other folks around here. They are under the curse of bus-y-ness.

I am happiest where I have friends... Brazil was nice, and so Norway.