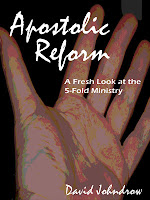 Today is the first day of another new year. I normally post on Friday; however, this is my actual 500th blog right here at Fire & Grace. I wanted it to coincide with the tectonic plates of time shifting to 2011.

Enough about what I am not going to write about !


The original intent of Fire & Grace was for me to tell stories about my Jesus. This life is described in Deuteronomy 6.God commands his people to answer their children and tell them about deliverance, signs and wonders and the reason they are living a bountiful life.

God has truly brought me out of a bunch of places of bondage, through the fire, and given me gifts that He intends for me to use. I will make some mistakes - others will write better, pray better and be more prolific in church circles. Today I can say, who cares. The success or failure of my efforts in the Kingdom are measured by God, and the intimacy He and I enjoy - not in numbers, money, or groupies.

A Heart's Desire -
God is a wonderful God. I know it's hard to say that when you are in the midst of trial, but it is true. As he was faithful to the Israelites coming out of Egypt, he has been faithful to me - even when I built some golden calves.

Somewhere in the early months of 2000, I came home from an exciting worship service. I was sitting in front of my computer that afternoon and the presence of the Lord descended upon me. This sort of thing doesn't happen to me every day. I remember my spirit simply being alive as I sat there; I felt a rush of revelation. It is hard to describe, but sitting there meditating on the Lord, I just felt like I knew some things that I didn't know a few moments before.

For a couple of hours I read the Bible and took notes. As fast as I had a thought, I would do a word search to measure what I was hearing with the word of God. I took 29 pages of notes that day. Much of it was about the 5-Fold ministry. For me it was a shift from looking at the church by what I might have to offer, to a new understanding of what God wanted to do with each believer.

Along with a new realm that I knew little about, there was some new theological questions I needed to answer. I was so excited, I never gave a thought to the opposition that might come to what I felt God was showing me that day.

Early on in the Charismatic church, I remember the controversy over tongues. It seemed shallow to me, because it was as simple as do it, or don't so it. The thoughts I was having about church this particular afternoon were much more than worship style or personal comfort, they were about changing the face of church as I had known it.

For years I meditated on what I had learned that day. I didn't run off to see if some other Bible teacher was on the same page. In fact, I avoided reading about it. I simply held it in my heart, studied it more, and continued to weigh it against what I saw happening in the church around me. Occasionally I would have a discussion with someone about the 5-Fold ministry in Ephesians 4. They had a lot of questions about whether apostles exist today, if New Testament prophets can make a mistake, and those sort of issues.

Well, here is just about 11 years later, and I am confidant to say, most of what God showed me that day is now part of my Christian walk. I have put the basic teaching in my new book: Apostolic Reform (The first few chapters). Lord willing and the creek don't rise, I will be teaching it in a class at my church starting January 14th.

It is called the 5-Fold School of Ministry. Here's the web site: www.ApostolicSchool.com. Who knows what will happen with this first class, or even if there will be another one after it. I can say for certain, that I feel that God is certainly in this one.

How's that for God's faithfulness!

Do you have a promise from God? Tell us about it.
Posted by David-FireAndGrace at 6:30 AM

Well David, God promises me quite a bit as discovered in the Bible and prayer.

Naturally, being of the flesh one must be willing to faithfully follow His guidance with out question once assured the directions are actually from God and not in one's own thoughts or desires (Not an easy task in my case).


Being a wanderer in the desert still, I am faced with doubts and temptations and must over come those issues. However, I feel God does place opportunities in front of me to act on when He thinks I can handle it even though I don't feel worthy of such honor.