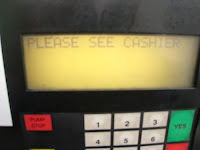 I am still struggling to concentrate on writing, so here is another one remixed from the long ago archives.

One of my favorite books is Like a Mighty Wind which takes place during the Indonesian Revival of the 1960s. I found it exciting as I read about the miracles that took place during that time. Those testimonies really increased my faith. When I looked closer at the actual events I saw that God was not just doing magic tricks via the Holy Spirit; no, He was meeting the needs of His creation through the church and his creative and supernatural power. When the Indonesian believers had a need they prayed and God met that need.


Matthew 6:7 And when you pray, do not use vain repetitions as the heathen do. For they think that they will be heard for their many words.


8 “Therefore do not be like them. For your Father knows the things you have need of before you ask Him.


For a long time I wanted to see Jesus work in my life - not just in coincidental ways, but in His supernatural power; the kind that is undeniable. Here is what happened to me one day. Around the time of the 9/11 attacks, my mother was dying of cancer 900 miles away.

Towards the end of her life I drove there 3 times in 2 weeks. The cost of fuel and food on the road was a real hardship for me. On my second trip I stopped for gas in Pennsylvania on Saturday afternoon. My debit card was declined; I hadn't been really keeping track as my mind was on other things. I took my last $20 bill and put $15 in the tank and bought a couple of $1 hamburgers for the girls and myself at McDonald s.

The low fuel light came on a few miles before I pulled in the driveway.

The next morning, Sunday, I awoke I heard the Holy Spirit say, " I am going to fill your tank." Wow, that was a relief! Immediately I tried to determine just how that would happen. I assumed that someone would slip me some cash because the Lord had put me on their heart - it had happened before - in fact enough to get a car fixed one time. Maybe the Lord would just fill the tank and the fuel gauge would be on "F" when I got in. Possibly the car would just not run out until payday at the end of the week. I was wrong on all counts.

I arrived at church a little early, chatted with some of my friends and introduce myself to a few new faces. I enjoyed the worship and the word. At the end of the service I began to think about the empty tank again, but I felt reassured that I heard God correctly.

I felt impressed to speak to a woman that I knew -  maybe she would give me some cash for gas. However; this day the Lord asked me to pray for her. We stepped to the altar area where I started to intercede. She fell under the power and I stood nearby as I waited for her to come back to the natural. My girls played in the hallway outside and waited for me. The woman wasn't moving very fast... as a matter of fact, she wasn't moving at all. She lay there 20 minutes! By this time my girls were rolling their eyes at me and asking to leave. And, everyone else had left the church.

The last ones to leave, the woman's son took her to her car and I headed for mine.

As I turned the key I remembered that I didn't have enough gas to get home. The amber warning light loomed large on the dashboard of my Honda. I began second guessing my ability to hear God. Why hadn't I just asked someone for $10? Maybe the pride of neediness took over, and I so clearly heard God I thought.

I had a real situation on my hands: an empty tank. I began thinking over my options, searching the console and the ashtray for change, I came up with almost $3. I decided that would at least keep me from being stranded on the side of the road. I slowly made my way to the main road heading for the closest gas station.

Trying to conserve what fumes were left, I decided to go the station where the gas was the cheapest. I was weighing the odds of going the extra 3 or so miles to get there. As I neared the first and most expensive gas station, I felt like I should get gas there. Sitting in front of the pump, I was trying to convince my daughter to go in and start counting pennies for the purchase. She was reluctant and said that I should do it. I decided to pump first and pay after. As I pulled the nozzle from the holder, I heard that Lord says, "Use you debit card and press credit." So I did. I figured it would be declined just as it was the day before. The pump flashed, "BEGIN FUELING." As I pulled the trigger on the nozzle I was thinking something was wrong. I decided to put in $5 just in case the attendant came out. Then I heard the Lord say, "I promised that I would fill your tank." And so He did; nearly $25 worth! I hung up the pump and shared the good news with my girls.

A few days later I went to deposit my paycheck and there seemed to be a problem with the balance. I asked the teller why all the funds from my check we not available. As she looked at my account she said, "The computers were down for about 20 minutes on Sunday morning and you had a gas purchase which approved during that time. Because it was our fault, there will be no overdraft fee." I blessed her and left in awe of God.

How about you, does God meet your needs in supernatural ways?
Posted by David-FireAndGrace at 6:30 AM

NICE! That is so awesome. And it's our God who is so detailed and specific to have that 20 minute window open of the bank computers being down AND the couple minute window you were at the gas station.

I once had a sprained ankle and no insurance so I let it go for about a month and it was pretty bad. We had a college bible study at church and the leader was at the point, "Any more prayer requests?" And in the split second I heard God tell me, "Just tell them about your ankle, let it be known."

It was weird because I believed if I made it known, God would heal me. Next morning, I felt fine. My ankle wasn't numb or weak or anything.

That was a moment in time where I truly believed. There was no doubt in my mind that God would have healed me if I just made my prayer request known.

@Charlie - wow! I feel like this stuff should be happening more often, but I guess with insurance, decent jobs and all that, we don't really have that many needs.

Things like this do happen more often than we know.

Recently, I was at a stop light taking my grand daughter home from some work she had done for me. The light turned green but I heard a still silent voice that said "don't go yet. Look to your right". As I did, there was a car speeding through the light at a high rate of speed, The light was red on their side.

Had we gone through the light, we would have been broad sided and severely injured or worse. Was it divine intervention? What else could it have been?

love it. keep 'em coming. that's all you need to do if you're struggling to write - just tell us stories. I'll be there.