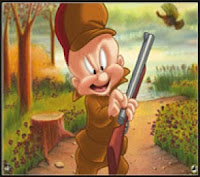 After 30+ years hanging around the church I have noticed some odd behaviors. I wrote them down and then discovered a book that I have not read, nor do I intend to, entitled: The 10 Dumbest Things Christians Do. After a quick look at the Table of Contents I noticed that Mr. Atterberry and I matched 7 out of 10! I felt like I was a contestant on Concentration waiting for Hugh to let me solve the puzzle.


-1 Shooting Our Wounded - Isn't it bad enough that church people get caught with their pants down; their failures televised on broadcast news? Look, we all sin. It doesn't matter more to God that someone is a televangelist or mega-church leader when they sin. Sin is sin.

What matters is how we act towards those individuals who do sin.

Newscasters make money by reporting the news. From the Baker' of PTL fame, to the Clergy Sex Abuse Scandals in Massachusetts and Ireland, church folks fail - that hurts the church. I am not saying that we should side-step the truth, or cover things up. Sin is sin.

Why is it that the church some how feels a need to shoot it's wounded?

It is not wrong to have an opinion about sinful acts. In fact we should speak out against them. Gossip, name calling, degrading remarks, acting better than, acting unlovingly towards, and judging people, however; is sin. Their is a law written against those things (Gal 5:20-21). I also do NOT have a problem identifying Christians that don't act like one. Hypocrisy hurts the church (wait for number 9).

In the past couple of years a few stories made the news. I wrote about Rick Warren's flip-flop on Prop 8 back in April. I don't know Rick Warren, but he told his congregation that he supported Prop 8 in CA, he then told Larry King that he didn't. So, which is it? He has, as far as I know, not set the record straight.

Hypocrisy in religion hurts the church. Had the elders removed Pastor Warren, he may have had second thoughts about sticking to both stories.

Three years ago there was a sex and drug scandal involving a prominent Colorado pastor named: Ted Haggard. Ted was rightfully removed from his pastorate. Remember we all sin, and there are consequences for that sin.

What makes these two stories different? Repentance; albeit a little slow on Ted's part, he came around to saying the following in a goodbye letter to the congregation:

"I am guilty of sexual immorality. There is a part of my life that is so repulsive and dark that I've been warring against it all my adult life." MORE...

What much of the church did correctly, starting with removal from a leadership position, was provide counseling, love, and support. Some Christians, however; took up the cause of bashing the denomination, evangelicals in general, his wife, their family - and the list goes on. The holier-then-thou blogosphere went crazy.

What Ted did correctly, was take God up on His offer to forgive, to renew and to bring new life.

How about you, has someone fallen in your midst? Have you been a minister of reconciliation, or a harbinger of the latest gossip? Is it easier for you to talk than pray? There is sin all around us: divorce, addictions, teens with trouble, it's everywhere in the church. Have you thought for a minute what it is like to be caught in your sin?

Jesus saved thieves, prostitutes, and even religious folks, are you a messenger of THAT Gospel?

Church, we are not going to solve the problem of sin with broadcast news. It will be solved with loving confrontation, mercy, grace and recognition of the very fact that we are sinners too. For a wonderful illustration of this fact, read Joshua Harris' essay, The Room (at the end of the post).

Revelation 2:5 Remember the height from which you have fallen!

Matthew 5:24 leave your gift there in front of the altar. First go and be reconciled to your brother; then come and offer your gift.
Posted by David-FireAndGrace at 6:30 AM

A few years ago in Vancouver, the Sikh community was in the news for disunity over the issue of having tables & chairs in their cafeteria (or whatever it is called) or not.

Don't we realize that anybody who publicly calls themselves a Christian is immediately under the microscope, looking for signs of hypocrisy. It's like we're on a giant reality show, you know the producers are going to air the grittiest television available.

Hypocrisy any where in the church is bad for the reputation and it certainly isn't considering others better than ourselves.

conizaScandal in the church is riveting news material for our liberal biased media. They patiently wait for such news to discredit the church and it leaders as the shock of the year.

On the other hand, liberal and conservative politicians also do scandalous acts and it is mildly or not reported at all. Even worse it is forgiven but a church leader is a different story.

We in the church sin as well as those out of the church. It is human nature for the ones that are weak not to resist temptation. It is only when thay get caught with their pants down do they get sensationalized in the new media.